The house lights on or off, video live or streamed via Zoom, a custom ALR screen from SI offers an unprecedented entertainment experience at The Max. 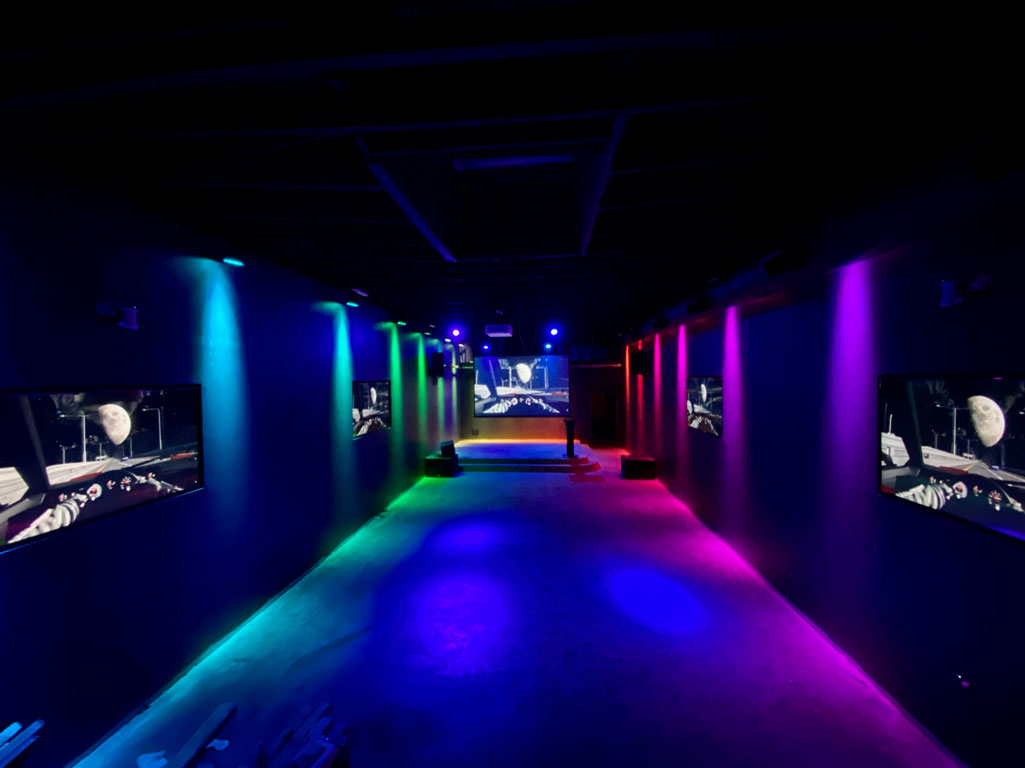 When the pandemic seemingly put an end to live events, Screen Innovations and the integration team at RemotePro prove otherwise. While many venues are struggling to stay afloat, The Max, a new event facility in Conway, Arkansas, is thriving thanks in part to innovative applications of AV technology. As opening approached, the revolutionary rental space was in such high demand the owners pushed the soft opening forward several weeks to accommodate requests from eager customers.

Since then, The Max has hosted a wide range of functions: guest speakers and musical performances to private parties, fundraisers, catered dinners, and corporate happy hours. Setting the stage is a network of powerful audio/visual, lighting, acoustic, and networking technologies. The crowning jewel is a 164-inch, Ambient Light Rejecting (ALR) screen from SI. Contributing to both the modern aesthetic of the space and remarkable AV production capabilities, the screen beautifully displays audio/video files from computers onsite and live-action captured by house cameras. Perhaps its most compelling application is the presentation of performances streaming live from across the country. “When we broadcast video remotely from guest speakers, it’s like Zoom on steroids,” says RemotePro president Scott Pederson. “Delivering live streaming content to audiences is the wave of the future for event spaces, and The Max’s multipurpose SI screen is spearheading the shift.”

Lighting has long been the bane of video presentations; this may have been the case at The Max, if not for RemotePro’s willingness to explore new projection screen alternatives. After testing several optical materials, SI’s ALR technology was pronounced the overwhelming winner. Unlike most other projection screens, SI’s ALR Slate material could be customized to combat the ultra-bright stage lights.

“Lighting plays a vital role at The Max for effect, ambiance, and general illumination,” Pederson explains. “On-screen images had to pop regardless of the lighting conditions for optimal entertainment and audience engagement.” Versatility and stage presence were other key attributes under scrutiny. “We designed the venue’s AV systems to be infinitely configurable onsite or remotely from our production facility to enhance the atmosphere of any function. The projection screen had to afford this same level of flexibility,” explains lead video designer, Mark McIntosh. The system had to take up minimal space, leaving the stage as open as possible for entertainers. 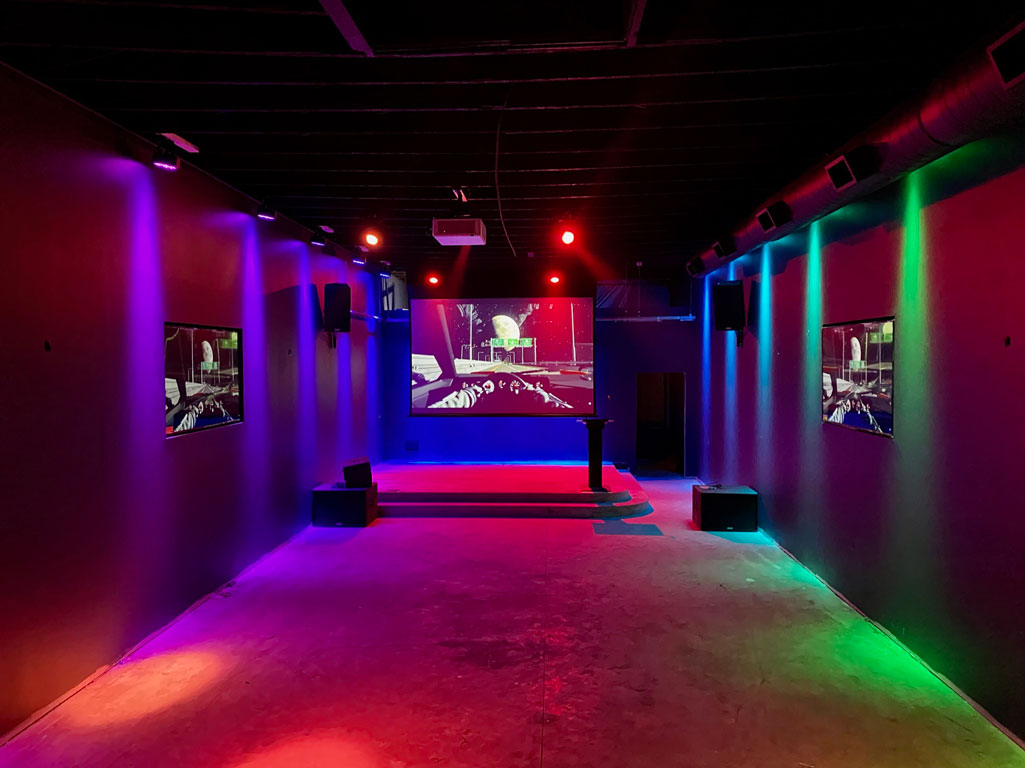 Theatrical stage lights, recessed fixtures, colored LED accent lighting— no matter how brightly The Max is illuminated, ambient light rejecting properties of SI’s Slate material deflect the glare. At the same time, its 1.2 gain optimizes the high-lumen output of a DPI video projector for unmatched picture quality. Per RemotePro’s request for a space-saving, multi-functional screen configuration, SI custom-built a retractable, reverse roll motorized mechanism. McIntosh explains, “The screen material rolls off the motorized tube from the back rather than the front, which allows the screen to sit just two inches from the curtain.” Another bonus was the simple, straightforward installation of the SI screen; while The Max marks one of RemotePro’s first

experiences handling an SI screen, they made fast work of its installation. “It was a very straightforward process to mount the cassette to the side of an exposed ceiling beam,” Pederson says. “Here, it’s hidden and rock-solid. It could go through a substantial earthquake and not even budge.”

“We have had an amazing experience with SI, especially learning more about its entire product line. The breadth of options and their customization capabilities helped us get The Max up and running for an early opening. I’ve been designing and installing projection screens for event facilities and installs for a very long time, and the SI solutions definitely stole the show in this project,” McIntosh concludes. 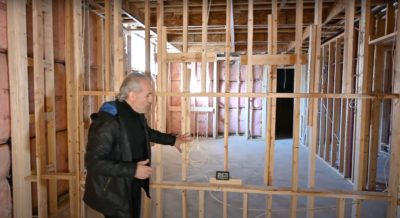 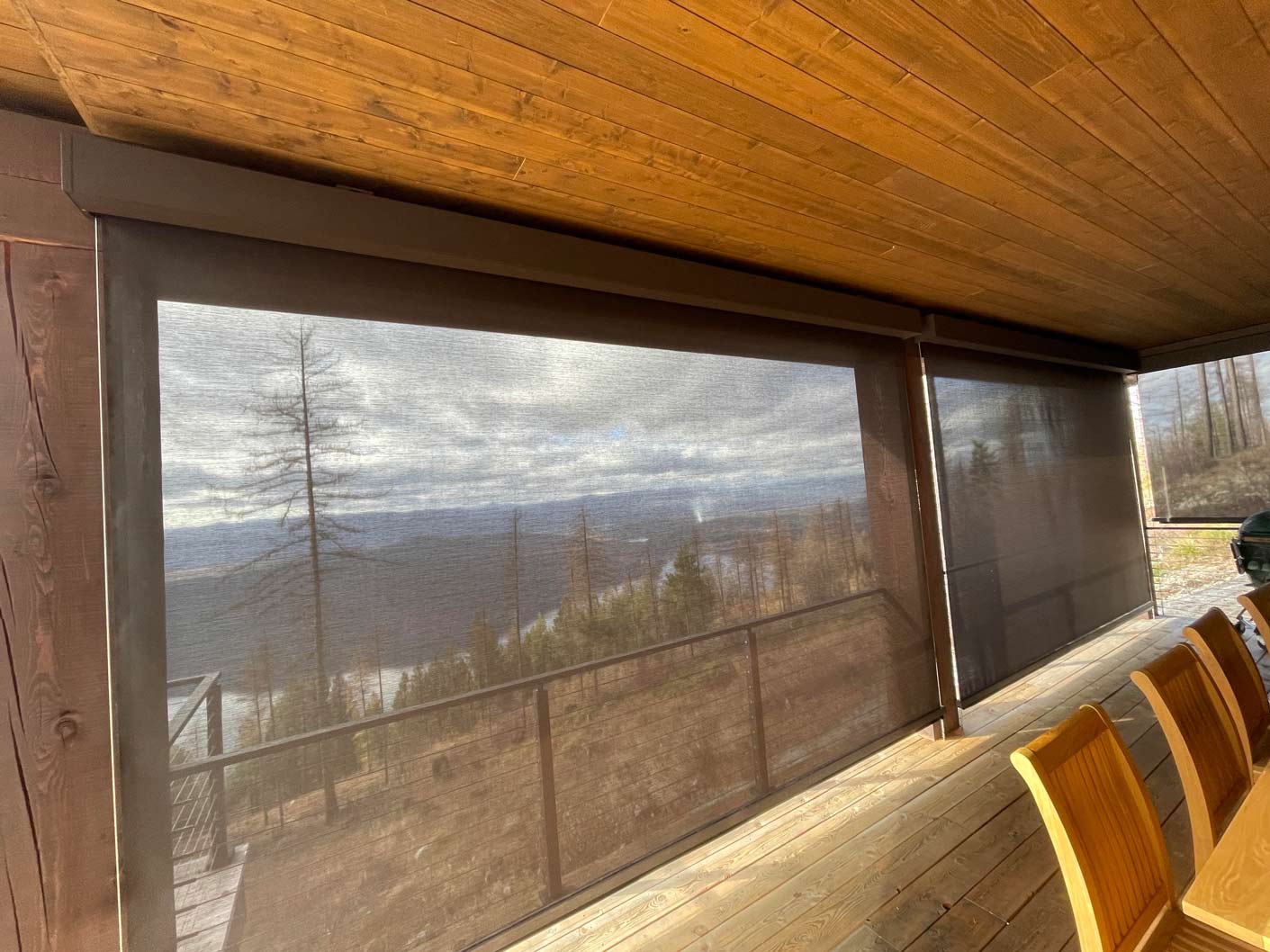 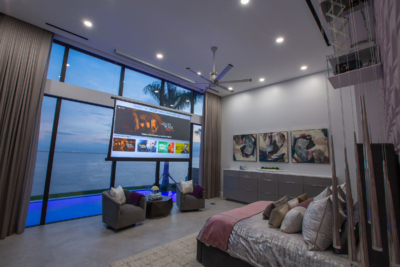