In the residential division of our company, we talk a lot about the benefits that a projection screen, and specifically our ALR technology has over the typical flat-panel type display. In the commercial world, the conversation is largely the same, but on a much larger scale dealing with highly complex system configurations. We talk more about “light wall” style displays, which can include display types such as LED video wall, LCD matrix displays, and traditional standalone displays. These technologies certainly provide an impressive factor, meeting extremely high brightness standards (almost too high sometimes) and durability ratings. The biggest problem? Cost.

We have always had our finger on the issue of cost. It’s the exact reason why we invented Slate in the first place. For starters, the dollar per square inch cost that the average consumer faces when compared to flat panel is drastically higher than even our top of the line ambient light rejecting screen. And that holds true even when you factor in the cost of the projector. The same thing is true in the commercial space, only in drastically greater factors. We invented Slate because we wanted to push that dichotomy even further.

The emails and phone calls came in for years. “We love your ALR screens, but we need something bigger!” It was a real issue. Our dealers had nothing to turn to when their customers would reject the massive quotes for video wall systems and they were desperate for a solution. Side note: I think that is one of the things that I love most about this company. We provide real solutions, but in such a way that it creates opportunity for our customers. 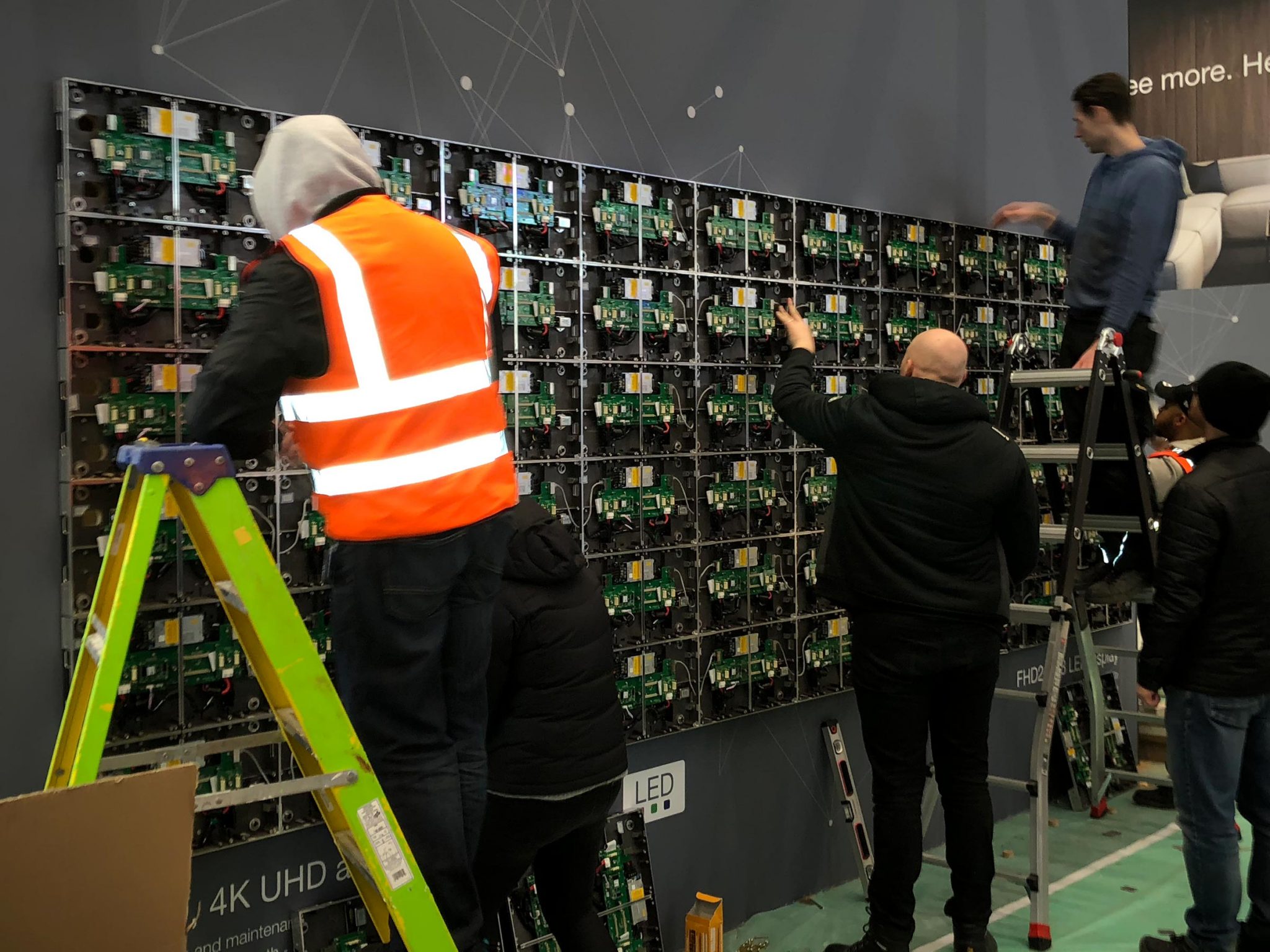 Lasers!! What is all the hype about lasers? Well, I’m glad you asked my friend. The biggest draw-back that has always existed with two-piece projection is the maintenance. Granted, even with standard bulbs the maintenance conversation was still drastically less cumbersome with projection than video wall, but regardless. At the typical maximum of 5,000 hours before the bulb would need replacing, projectors had bad street cred. But alas, no more! Laser projectors are rating for up to 30,000 hours of use before any maintenance has to be completed on the system. That’s huge. 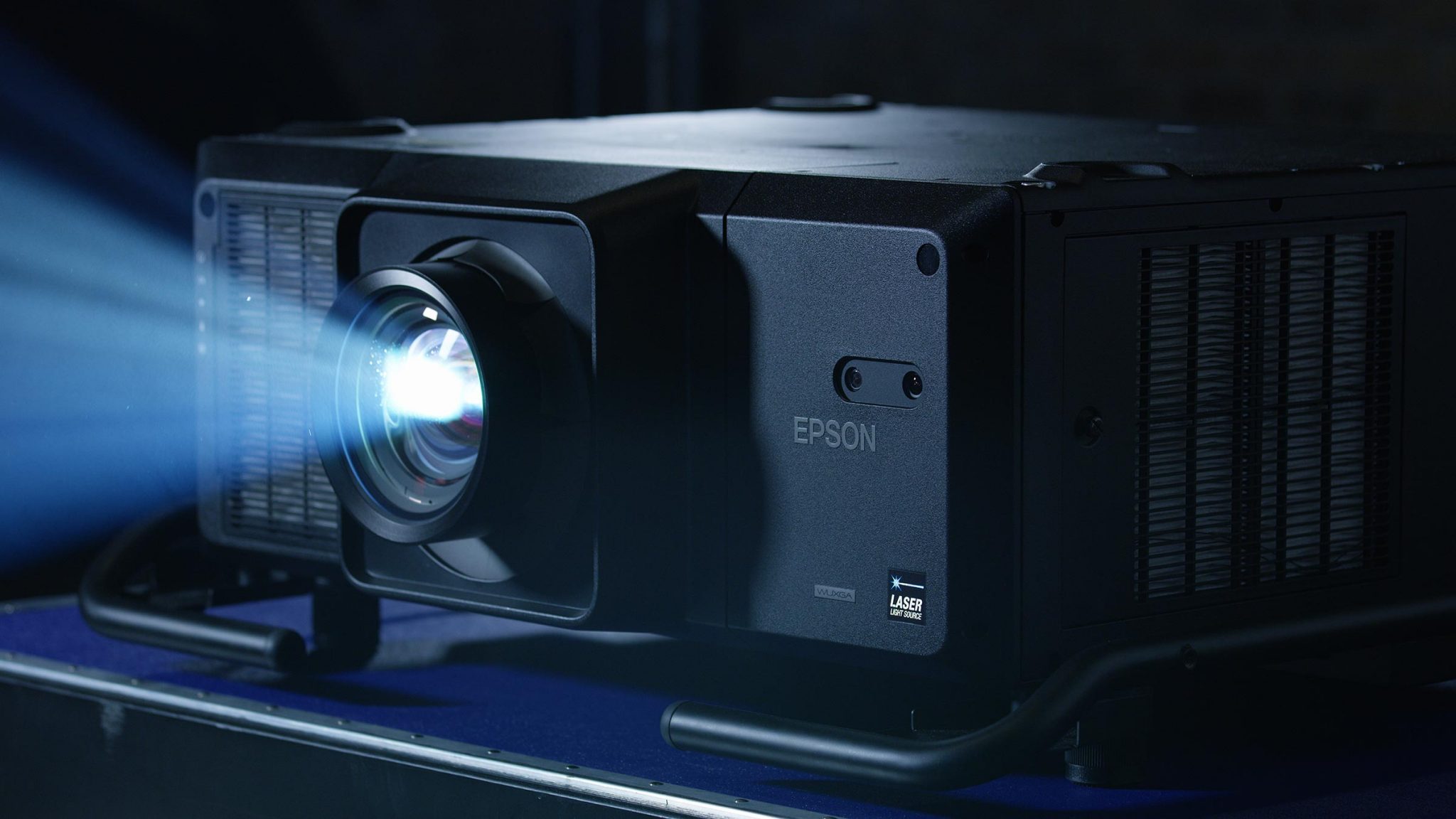 At this point in the conversation its usually a good idea for you to remember who will actually be handling the maintenance aspect of your system. Much of the time, the individuals devoted to this task are not full-time professionals, but rather volunteers or those devoted to other roles without the proper level of expertise. This is where a laser projection system and two-piece projection as a whole is a total winner as it’s a single source, a single surface, and no bulb to have to deal with. More on this later.

It’s not just one-tenth the cost. Yes, it’s cost-effective, but it’s also way simpler when it comes time to build out the system configuration. As mentioned previously, a two-piece projection system employs a single source and a single surface to create a display. Contrast that with the complexity of an LCD video wall, which has exponentially greater points of failure. Every single display must have its own power source, and content signal wired to it. That’s two cables for each surface. Doing the maths, that’s 18 total connections on a 3×3 configuration and a whopping 32 on a 4×4! It just grows exponentially from there. A projector has 2.

Connectivity is just one concern, though. Have you ever observed the installation process on LED video walls? It can get a bit hairy. First of all, you can’t just brush over the power requirements because they require a lot of energy. Dedicated circuits must be run, power supplies have to be mounted and all that jazz. You’ll have to hire an electrician. After you’ve got that figured out, then you have to make sure you’ve got ventilation to the display because they also produce a lot of heat. Sometimes that means hiring HVAC, too. The mounting process is also more intense as the weight of the system must be accounted for, and heavy-duty mounts must be used, requiring wall reinforcement if necessary.

Two-piece projection starts to look better and better the more layers you start to uncover. It’s simple and straightforward and it’s a result that you know you can repeat and specify with confidence. That’s why Slate XL was necessary, and why our customers have begged us for it for so long.

Well it’s here and it’s time to give it a shot.

Zero Edge Pro & the “Why” of Everything 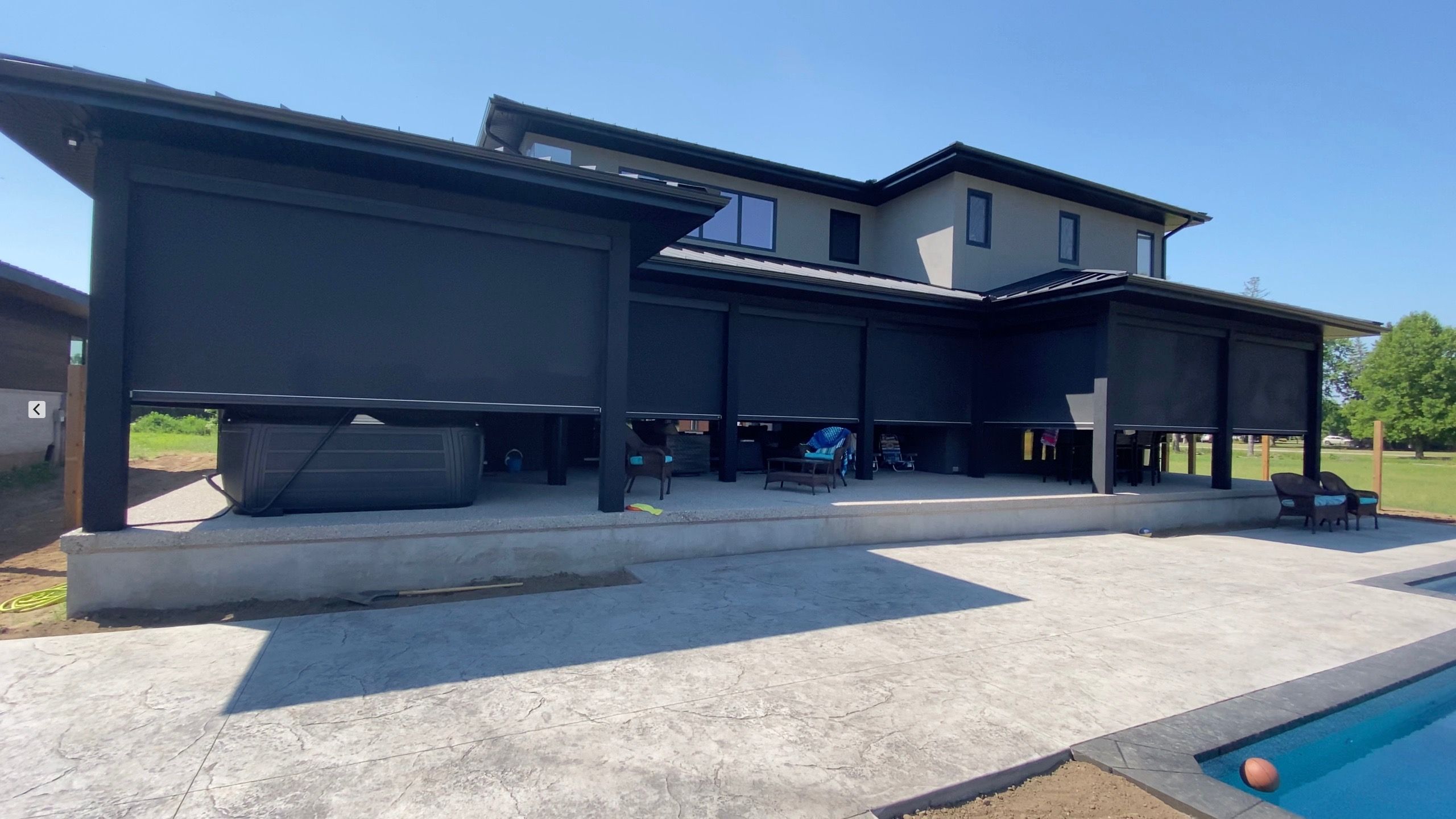 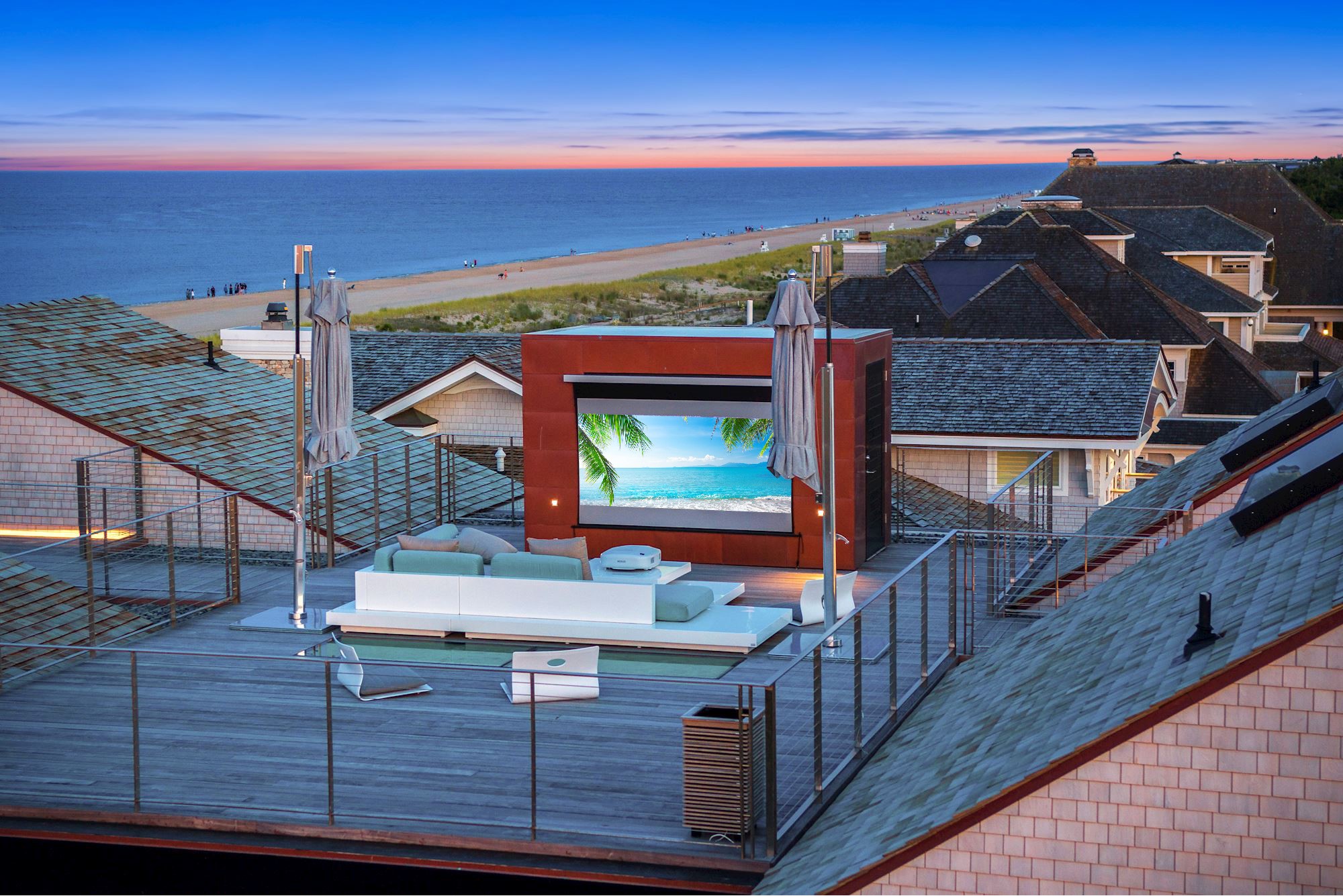 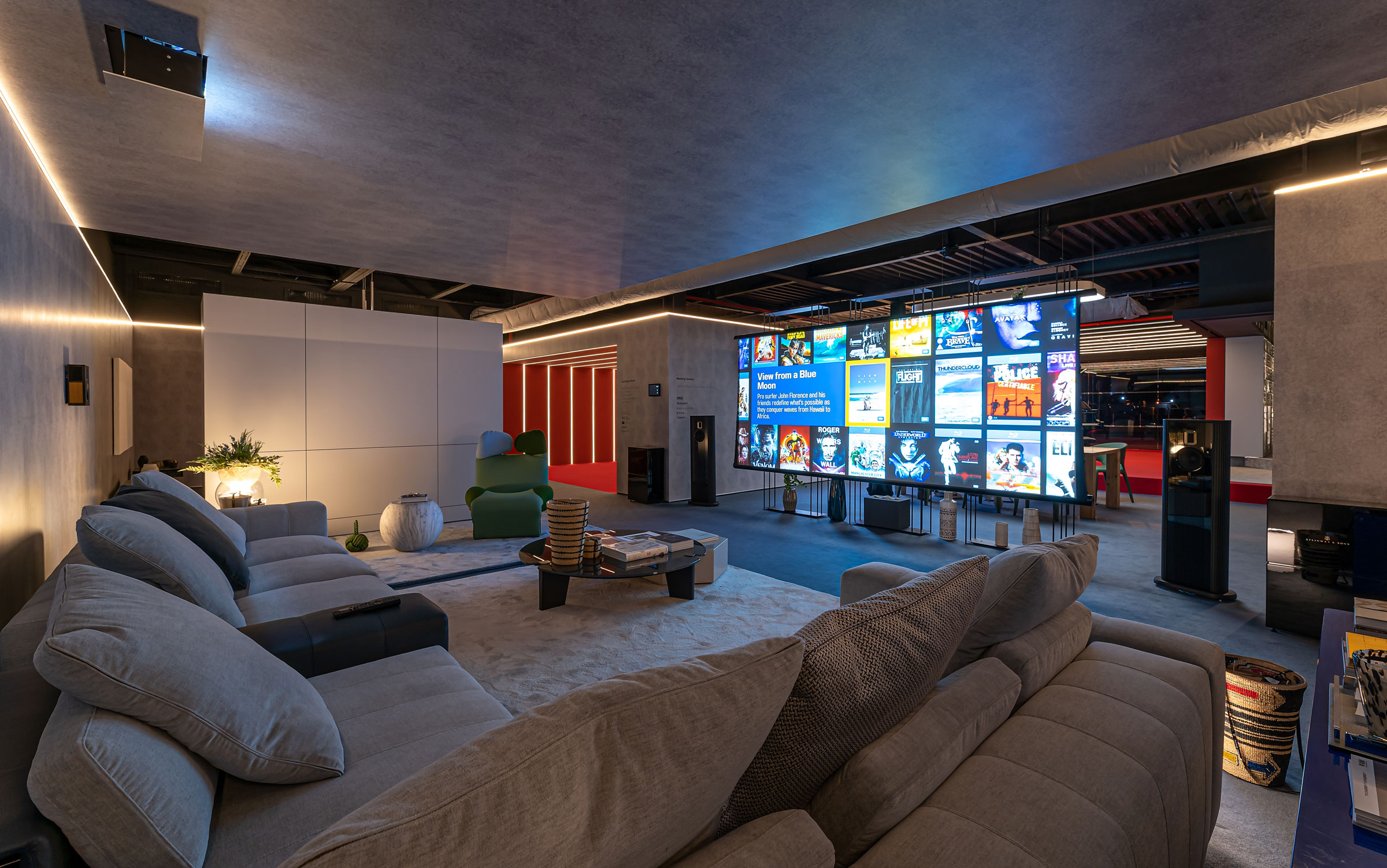