The four-channel Situo 4 remote control is a ZigBee 3.0 control point that can be used as a hand-held wireless device or with the included wall mount, and can be discretely located near the shade or screen. Users can control up to four shades, or up to four groups/channels of shades. Simple intuitive control with the up, my and down buttons. The remote has 4 LED indicators that allow the user to know which channel has been selected. This remote can be used to adjust the upper and lower limits of the shade or screen. The remote also reports its battery status to the free TaHoma App for IOS and Google devices.

Learn More About Zigbee 3.0
Where to Buy 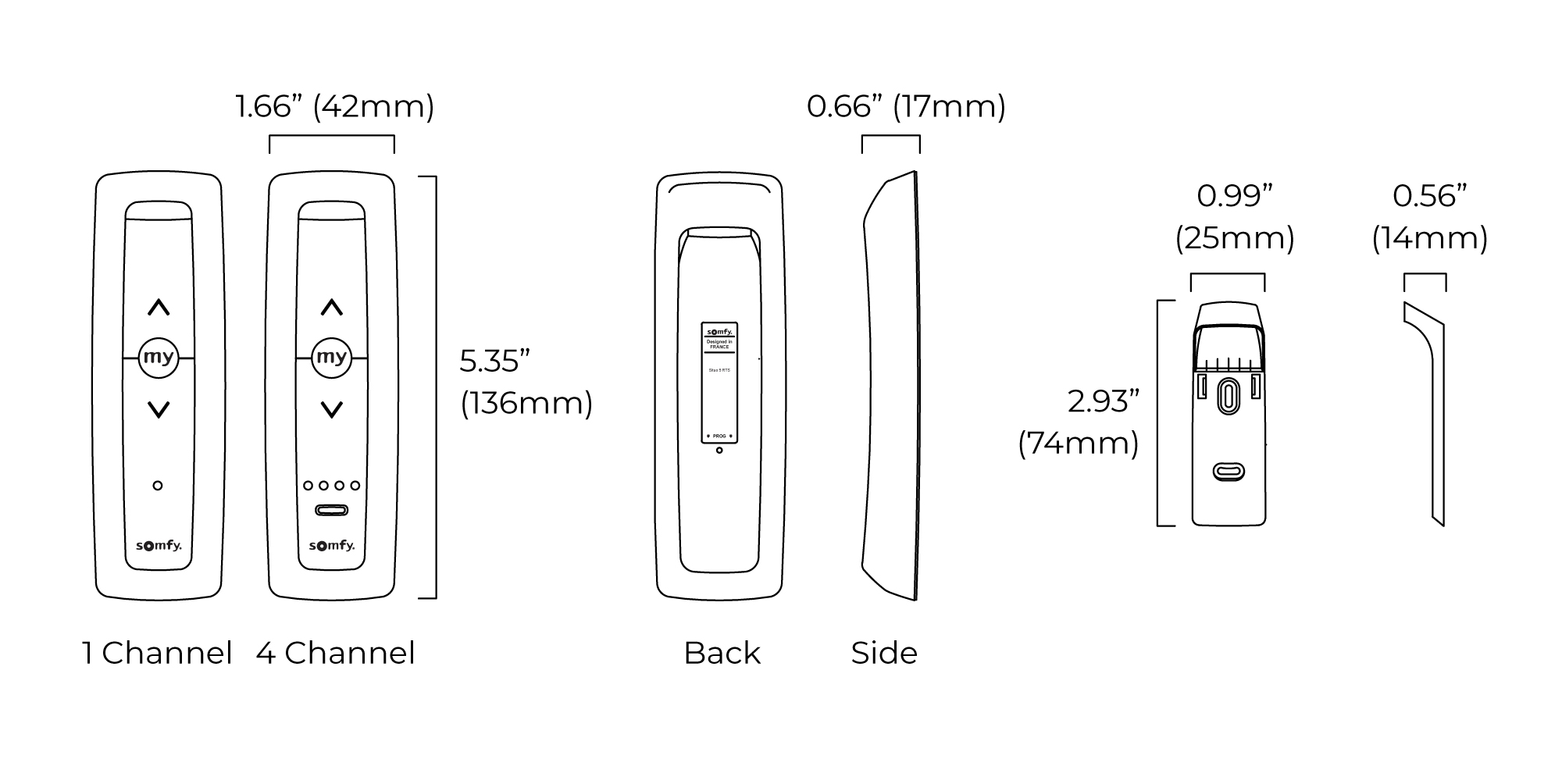 We're here to help with any
questions or problems.
Visit Support

Email our support team with
any questions or problems.